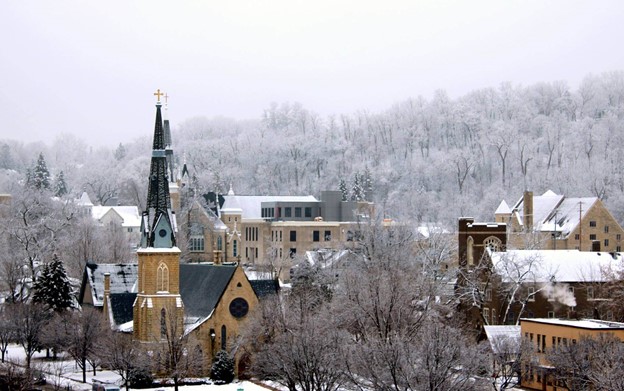 Over the centuries, Minnesotans have come to embrace winter wholly and effortlessly assimilate with its inevitable arrival. While Danes and Norwegians first mastered “hygge,” the Midwest knows all too well how to remain cozy and comfortable, even when the temperature dips below freezing. During the frostiest months of the year, it’s common practice for couples who reside in the Twin Cities to escape the metropolitan commotion en route to Southeastern Minnesota’s Mississippi River valley, namely Red Wing, home to the ultra-romantic St. James Hotel. Many people know St. James Hotel as the state’s premier wedding venue, but it also doubles as one of the most beloved romantic winter getaways in Minnesota, especially for those who value history, fine dining, Italianate architecture, and a pinch of outdoor adventure.

It’s a lot easier to embrace winter via snowshoes or Nordic skis when a historic, 19th-century suite awaits your arrival after a couple of hours in the snow. No two guest rooms are alike. Each accommodation features unique, old-world charm and decor, as well as a bevy of amenities, such as a fireplace, whirlpool, and a sitting area. Every detail, from the arches to the mantles, is original to the region and the times (mid-to-late 1800s). Couples can read the newspaper and sip on fresh-poured coffee. Meanwhile, the fireplace is an idyllic place to thaw with a warm spirit after a day on the trails.

The Mississippi River valley vistas obtained at Barn Bluff’s peak (also known as He Mni Can) never grow old. Winter’s frosty, pearly aesthetic is a visual delight, especially during a fresh snowfall or amid early-morning hoarfrost. Photographers, snowshoers, Nordic skiers, and casual travelers alike cannot resist the allure of a mid-winter escape to one of Red Wing’s most picturesque landscapes, including the aforementioned Barn Bluff, the Anderson Center’s Sculpture Garden, and nearby Frontenac State Park. For most (chiefly couples), snowshoeing is the preferred method of exploration. However, there are eight kilometers of Nordic ski trails located at various intervals throughout the town. Elsewhere, the 19.7-mile Cannon Valley Trail is a fat biking haven. Lastly, the art of geocaching is slowly catching on here in the Mississippi River valley.

There’s never an offseason for history and shopping in Red Wing. Couples will quickly discover that Red Wing played a unique part in Minnesota’s absorbing history. Plan a visit to the Pottery Museum of Red Wing, Red Wing Shoes’ flagship location, and the Marine Museum. Don’t forget about the local art scene and its many exhibits! The town’s surprising mixture of outdoor recreation, historical significance, culinary aptitude, and natural beauty is why Red Wing is often regarded as one of the top three romantic winter getaways in Minnesota. 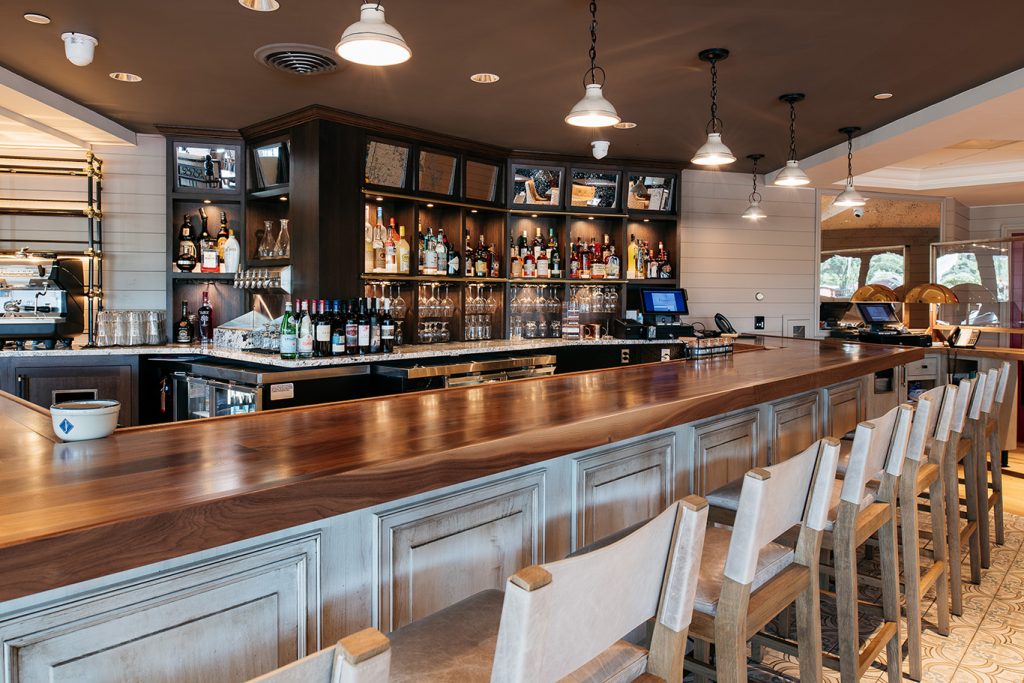 St. James Hotel itself is one of the region’s top attractions, as it has remained a shining example of luxury and hospitality since 1875. While the hotel has undergone several updates over the past 145 years, it retains its historic, Victorian charm. The same goes for the on-site Scarlet Kitchen & Bar, a newly-renovated eatery that’s equally opulent and welcoming. Culinary delights range from grilled salmon to mushroom gnocchi. Repeat patrons gush about the caramel apple cheesecake and regionally-inspired cocktails, crafted masterfully by the in-house mixologists.

In hopes of providing a sumptuous, yet affordable stay for couples from across the Midwest, St. James Hotel boasts a variety of packages and specials, many of which are particularly enticing for romance-starved sweethearts. To learn more about one of the top-reviewed romantic winter getaways in Minnesota, please visit our homepage. Per usual, start the booking process by clicking the Check Availability button.