Red Wing, Minnesota, an idyllic Mississippi Rivertown, is a mere 25 miles from the Twin Cities’ southern rim. The city itself is close enough to feel like home, yet adequately distanced from Minneapolis and St. Paul to retain its faraway aura. A regional escape to Red Wing evokes warm feelings of another era, as downtown’s historical significance echos off the red brick that enclose Main Street. This picturesque rivertown, mainly historic St. James Hotel, often allures couples in need of an extended break from the city’s busy streets and stressful workplaces. While St. James is revered as one of the state’s most romantic wedding venues, it’s also a culinary and architectural masterpiece set along the banks of the mighty Mississippi. 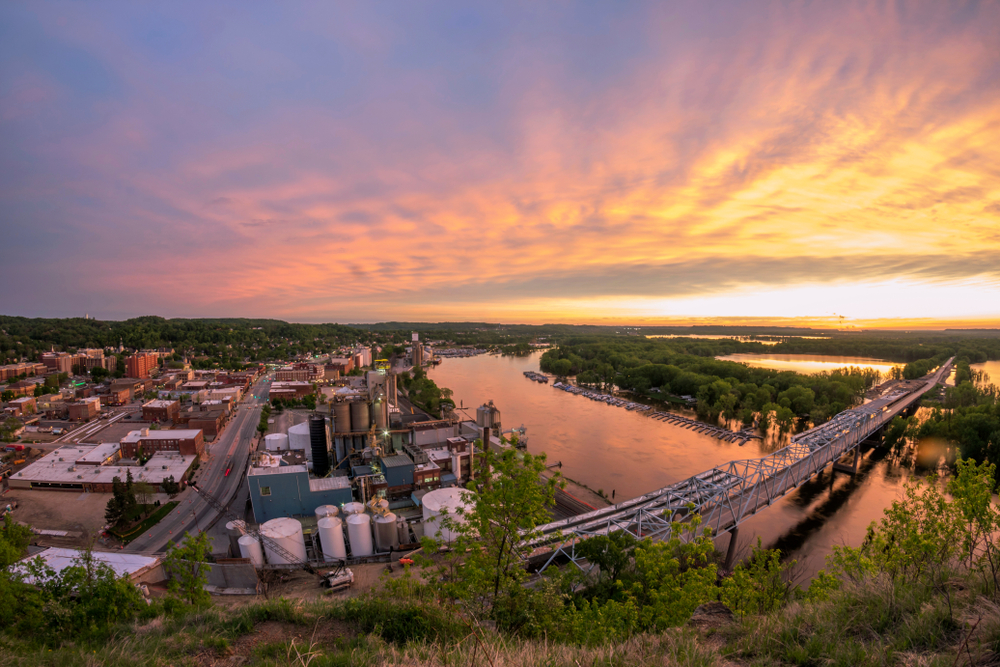 Many first-time visitors only know this quiet rivertown as the birthplace of Red Wing Shoes, a 115-year-old boot company that’s ingrained in Main Street’s history. Perhaps the best way to explore historic downtown and its surroundings is via bicycle. Luckily for you, St. James Hotel owns a small fleet of bicycle rentals, starting at just $20. While many of this rivertown’s mainstays, such as Hanisch Bakery, Whimsey’s, and Sheldon Theatre, are within walking distance of the hotel, several key stops may require a bicycle ride. Plus, pedaling through such a notable city provides strong feelings of grandeur. Red Wing Brewery, the Pottery Museum of Red Wing, and Treasure Island Casino also draw crowds of jovial couples.

The Finest Hotels in Red Wing

Red Wing’s most upscale lodging experience lies within the St. James Hotel, which was established in 1875 by a small group of businessmen. While the hotel has changed several hands over the past 145 years, it retains its original magnificence, architectural groundwork, and romantic ambiance. Couples nearly swoon at the sight of the Scarlet Kitchen & Bar’s dazzling outdoor patio. The Victorian guest rooms, meanwhile, look and feel much like the late 19th century. Each room is said to have a story tell based on its distinct wainscoting, oriental flooring, patterned wallpaper, and handcrafted woodworks. Prospective guests can check availability, browse elopement packages, and find more rivertown adventures online at St-James-Hotel.com.